It was a frigid, cold, snowy winter night.

My still unconscious body was being flown back from the initial hospital where I went for help during my family vacation — the place I went into as a whole person and came out forever altered.

My good friend, Danielle, wanted to accompany Jackie, our other close friend, to the hospital in Chicago that I had just been flown into.

Jackie had briefed Danielle on my condition from the very beginning as she tried to gently let Danielle know what to expect. Nothing could have prepared Danielle for the sight of me now. I was no longer the woman she had known. I was unrecognizable. I was frozen in a silent scream like the Munch masterpiece with my mouth gaping open. My hands and legs were twisted and contorted like a slab of petrified wood. My limbs had turned solid black from lack of oxygen. I cannot imagine how terrifying this was for my family and friends to see.

Meanwhile, behind the impenetrable wall of my comatose state, my soul was wandering. I dreamed that my friends were speaking together at a party; someone they knew well was extremely sick. I remember one of the speakers saying that the sick person was dying and that her father in law was having her flown back home by a private plane. It was her last chance they whispered. I realized they were speaking of me! I tried to tell them that I was standing right next to them, but they did not hear or see me. I did not exist.

Suddenly, behind us launched a rocket ship slamming through the cold, hard underground.

My dream was integrating with real life: The rocket t 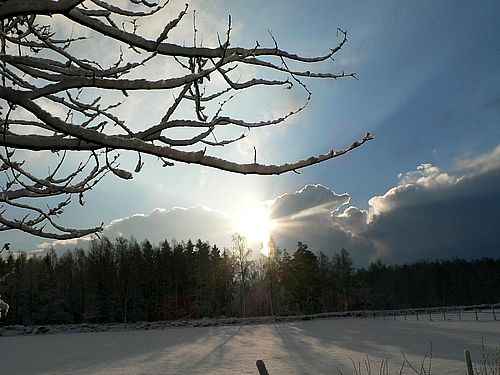 hat I was dreaming of was really the medevac plane taking off and flying through the early dawn.

I was later told that our plane was the first to take off that  day — we had a head start because our circumstances were so dire … A solitary medical plane scraping through the icy skies, racing against the speed of sound to try to repair a woman who seemed beyond help.

Jeff sat with me and five medical professionals in the loud cabin. Our aircraft had clearance to ride at a higher speed and altitude and the jet engines were deafening. The sound actually was almost able to “wake the dead” as the saying goes. And I had heard this noise through my purgatory state of unconsciousness.

As our small aircraft touched down on the freezing ground in Chicago, we were met by a staff of medical professionals. They rushed us to the first hospital in a series of treatment centers looking to put me back together piece by piece — a near impossible project, had you had a less determined crew of devoted family and friends advocating on your behalf and putting their own individual lives on hold to try to give me back mine.

Back in Chicago, I was admitted to one of the top hospitals in the United States. Among other assisted machines, I was on dialysis because I had no kidney function. In my unconscious state I was still wandering trying to find my “place.” Late in the dream I recalled being married with children. I was about to go off somewhere, forever, with a kind and unfamiliar stranger, but at the very last moment I realized I was needed back home for my son and daughter.

I remember worrying how I would cook for them and feed them but I didn’t know the reason why. That was the beginning of my ascendancy from near death. I knew that if I followed the easy road I would no longer suffer. I held on and chose option number two: Life. Once I declared that to myself, my recovery turned around very quickly .

Miracles were truly taking place in that very hospital room.

The final dream before I came back to this world was palpable. I felt it on both sides of my conscious and subconscious state: I was all alone in the dark and I was frozen. I was in a dark doctor’s office. I needed to hold on to a chair and not move a muscle or breathe lest I float away. Someone, that stranger I was meant to go off with, came looking for me. He calmly called out through the blackness: “Is Penny Fisher here?”

I knew this was my last chance for survival.

“I’m here,” I mustered with any reserve of strength that I had left. I saw his fingers snap together. They became flames right in front of me!

Suddenly, I was no longer frozen and in the dark. This stranger had gently handed me back to the world of the living where my children were waiting for me. I knew I would find them and that we would all be safe. My troubles were not yet over but I was on my way back to my children, and that’s where I needed to ultimately be.

I was told that there was a lovely young kidney specialist assigned to my case. It was at that time she proudly announced to my family that incredibly my kidneys were now working independently on their own and that many more important aspects of my recovery would begin to follow that crucial victory. My subconscious had now merged with reality — I had made my choice to live. I now had joined my “team” for the fight of my life.

After this epiphany, I started coming around. I was awakening from my long slumber, and not without great disorientation and difficulties. For some time during my re-entry into this world, I was having dark and horrible hallucinations. I envisioned giant rats sucking something beside me and growing large. I also felt as if I were on a ship that was permanently sideways. I imagined that I had initially passed out in a public place and that my family had single-handedly built a hospital around me so as not to move me. I knew that I was fragile and could not be moved.

I began piecing things back together little by little with the help of my family. I was trying to figure out what was reality.

The next step, at this point, was to move me to yet another hospital in the Chicago area that specialized in breathing rehabilitation. This hospital was recommended as the place that would wean me from the trachea tube in my throat. And on and on this harrowing process went: We had goals to achieve. These milestones were crucial to my entire recovery. There were so many pieces to put back together again that it seemed implausible and downright impossible. But I was game for anything that the doctors told me to do. I wanted to reunite with my children and they could not see me like this. Each item that our doctors were trying to remove, such as my trachea tube, my feeding tube, colostomy bag and oxygen mask was a process that had to be handled with the utmost care and caution as each device  was an instrument of my  survival. What were normal functions to most human beings like breathing, talking, eating and sitting were giant hurdles for me.

After months of being completely disoriented and out of touch with reality, I suddenly became crystal clear. A switch had turned on inside me, and I magically regained my sanity and knowledge. So much so that I felt defiant when the hospital psychologist came to test me on my mental capabilities. Her name was Trudy. She came bounding in asking me questions. “You suffered brain damage and I am here to test the extent,” Trudy told me bluntly. I bristled  at this statement “Fine, I’m ready,”  I mused. “Fire away.”

Not only did I get every answer correct to her extensive trick questions, but I remembered a great deal of personal phone numbers by heart. This still didn’t satisfy Trudy, and she became increasingly aggressive and tried to trip me up. But I was having none of it. I told Trudy to leave my room at once. I was exhausted and as I was getting back in bed she began leaning into my face still trying to test me. I fell asleep. That finally got rid of her. I had been incensed by Trudy’s lack of tact and her assurance that I was brain damaged. Well I showed her that I was still lucid. The process  brought me back to my senses. It was as if I was challenged to regain my memory just to prove this psychoanalyst wrong! Bring it on, I thought!

I was now ready to fight in every sense for my life, my health, my very sanity, but most of all to present myself to my children as the mother they had known just months before.
That was to be one of my most difficult challenges. My daughter Sloan was now so frightened of me that she refused to set eyes upon me.

Imagine being scary to your own children.

Just one more uphill battle to wage but by far the most complex and emotionally difficult.