The Book of Ross 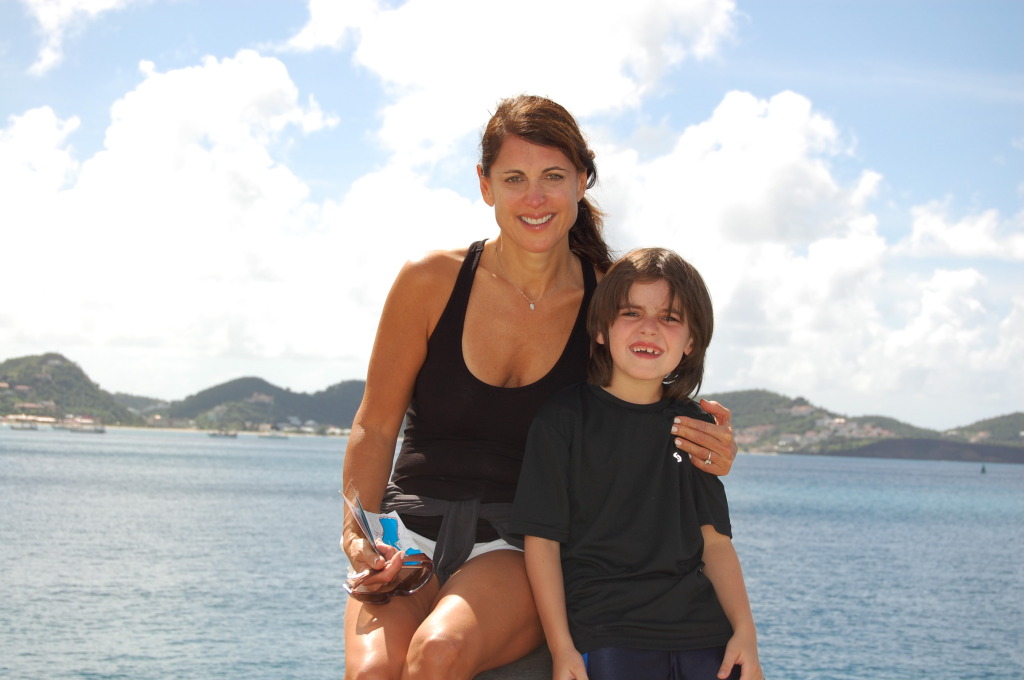 n the worst of my recovery, all I wanted or needed, my single goal, was to be home in my own bed,  laying in between my two kids, Ross and Sloan.

After a long arduous journey, (7 torturous months to be exact), I was home for a reprieve. It was long enough for me to recover enough strength to go back to the hospital for one of the many surgeries I would endure.

As I rolled over, I came face to face with my beautiful son, Ross. It was the day before I was going in for my first and biggest surgery, the most difficult surgery one can possibly imagine.  And yet, I was so pleased to peer down at his remarkably handsome face that I could not be sad or frightened.

I smiled at Ross and said it was a privilege and an honor to look at him like this. He looked up at me with his deep blue eyes fringed with black fluttery lashes and asked simply, “Why?”

“It’s my life’s true pleasure, looking at you. Talking with you,” I replied.

I have always enjoyed that pleasure. Since he was a tiny boy, Ross has been so fun to converse with. For a young soul to be so witty, insightful, and yes, even a little sarcastic, it must be an art form. We have always enjoyed a good laugh together.

Since Ross was born, he has been my partner in crime. I took him everywhere, and I mean EVERYWHERE! I needed him to experience every angle of light and every event worth noting.

And Ross always coolly observed,  absorbing it all. Ross has a great mind. He is a quick study, he comprehends easily. Because he is a prolific reader, he is a bastion of knowledge for one so young.

I have always enjoyed Ross’ humor and perspective.  I find him to be fascinating, and admire his wise rationale.

When I was in the rehabilitation phase of my hospitalization, I was becoming lucid, and the respirator had finally been removed from my throat. I felt ready and desperate to  see my children.

As soon as Jeff felt I was looking a little healthier,  he  brought our kids to visit me. I had  never seen myself in those days to know how frightening and ill I looked. I not only looked skeletal, but had aged rapidly.

My Nurses asked me if my children were my grandchildren, and if my friends were my children! That’s how old I looked back then!

My kids came into my room and Sloan went straight to a side table, put her head down, and began drawing. Ross came in and moved some wires from all my machines and laid down next to me. Words cannot describe how delicious that human contact felt. I had not felt human contact other than an arsenal of doctors and nurses probing me for over 4 months. My hospital  bed  was so narrow that no one but a child could fit on to it. The only touching I had been receiving was the 3 shots in my belly every morning at 4 am, so this, having Ross lie next to me,  was pure ecstasy for me.

When Ross saw me, I was bald save for my bangs, and he said, “Hey Mom, I like your hair. It makes your big eyes even bigger.” Even my alarmingly thin weight was cute and little to him. He was sincere and so sweet!

After that, Sloan  never came back to the hospital, she was really scared and upset by my appearance. I suffered from so much shock that all my hair fell out except for a few pieces in front, and I had massive bed sores all over the back of my head from not moving for so many months. I also had multiple life support tubes attached to my body.

Ross began to visit me every Saturday. He always told me how nice he thought I looked, and I believed him.

Sloan would call me every day and I understood her feelings. After a few weeks of her not coming though, I needed to see her.

Jeff and I hatched a plan, we called a wig maker and had her expedite a clip on hairpiece. It was really difficult to attach and painful. But it worked!

Next, I needed to gain weight, any amount would work. But having not eaten for over 4 months, my stomach was so shrunken that I was repulsed by food. I had trouble holding in the food that I did manage to consume. I tried to eat the mandatory 1600 calories a day that would allow me to not only gain necessary weight and most  importantly, get rid of the feeding tube that was still attached to my stomach. Eating and gaining weight quickly was no easy task.

I forced myself to  finish one Ensure a day. It was extremely difficult to just hold that down. I was on a tight schedule at rehab, and had to wheel myself down to strength training. I can remember throwing up in a paper bag, wiping off, and continuing to wheel down to my class. I was so determined to get my strength back and present myself to my kids looking somewhat healthy.

Our homecoming was to be held at my friend Tricia’s home. Jeff wheeled me down the street, through the snow, wrapped in blankets to Paul and Tricia’s apartment.  At that point, we had not yet tried to get me in a car because it was too labor intensive for me.

Finally, I had gained a few pounds. I  put on my hair piece, makeup, and street clothes. I was now ready for the moment I had spent weeks preparing for. My visit with our kids outside the hospital. I had not seen Sloan except for that short and awkward visit now for over 5 months.

Jeff and I arrived at Tricia’s elated and filled with anticipation, only to find that Sloan was locked in the bathroom. She was too  afraid to look at me. Ross sat by me as we waited for Sloan to come out and hug me. Finally, after 1 1/2 hours of Sloan shaking and crying, jeff gently brought Sloan out, her face buried in his chest. She was uncontrollably shaking and flush. I started speaking to her. I asked if I could see her missing teeth and she reflexively turned to me. Only to see I looked just like her mommy again!  Sloan ran to my side and showered me with kisses. Jeff took a sweet picture of the three of us, Ross and Sloan on either side hugging me. It was a beginning back to the long road home. It felt odd even being at someone’s apartment, and not my small insulated hospital room. I was  released from prison and it felt confusing.

4 months later, I was walking in my new prosthetic and 3 weeks after that, I was on a tennis court volleying. Ross asked me, “So Mom, what can’t you do that you haven’t done before?  You  have played tennis, ridden your bike from Highland Park to Lake Forest, swam, traveled, done yoga. There’s nothing you can’t do! Maybe we can can keep a checklist of your challenges, and then your accomplishments in overcoming them.”

I believe Ross said that at 9 years old. Positive and logical. He has always inspired me and taught me valuable life lessons.

I love and appreciate you Ross!

3 responses to “The Book of Ross”