A Force of Habit 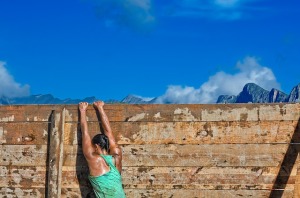 My parents, Roz and Don, were the modern day Ralph and Alice, they were opposites, even their blood types were incompatible, really and truly! At birth, I was given a full blood transfusion because of this difference in my parents’ blood types. I believe these opposing blood types set the stage for my immune deficiencies and early on dictated a myriad of problems in my health. As a child, I suffered chronic low grade colds, nothing serious but sometimes debilitating and definitely annoying. I learned early on to just shrug it off and plow through it, even if I wasn’t up to the task.  Was that what made me ripe for this real life drama? Possibly…by forcing myself to keep going although I was violently sick was my force of habit. Had I screamed and made a scene and demanded to see a specialist, would that have saved me? Probably. Instead, I laid down like a lamb waiting to be slaughtered. That first night.

After the incident, we found through much research, that my blood didn’t produce the antibodies to fight this strep A infection. I never screamed and barely complained, and I did not challenge the earliest diagnosis that deemed me ok even though I was literally dying right there before them.