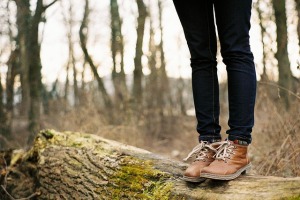 “She can only touch down on this area of her heel for a quick transfer to her wheelchair,” he said arrogantly. ” I tried to understand exactly how I was supposed to climb down from this tall hospital bed without the use of my other foot, or hands and land gently on that quarter sized area on my heel to quickly pivot onto my wheelchair. When I asked him how I could do it, he spoke directly to me, finally. After months of talking about me in the third person.

“If you don’t land in exactly that area, and only that area your foot can self amputate, and we don’t want that, do we Ms. Fisher!” His black horn rims glared at me.

So much for showing empathy, and warmth towards me in my rather precarious circumstances.

This was my head doctor speaking to me, or rather, down to me, at the number one rehabilitation center in the world. I had always been flexible, both physically and mentally, but this was a trying feat for anyone in the world to master, much less a sick, drugged, 90 pound patient who was trying to attend a physical therapy session after laying still and immobile for 3 months. Demanding that I hit the “bulls eye” was a daunting task…. lest my foot fall off!! Does this sound surreal?
I hope so, but I have spent many hours wishing that it was a nightmare and not my reality… with no such luck. This man of science was dead serious and so were my circumstances.